The number of international students at UK independent schools has increased 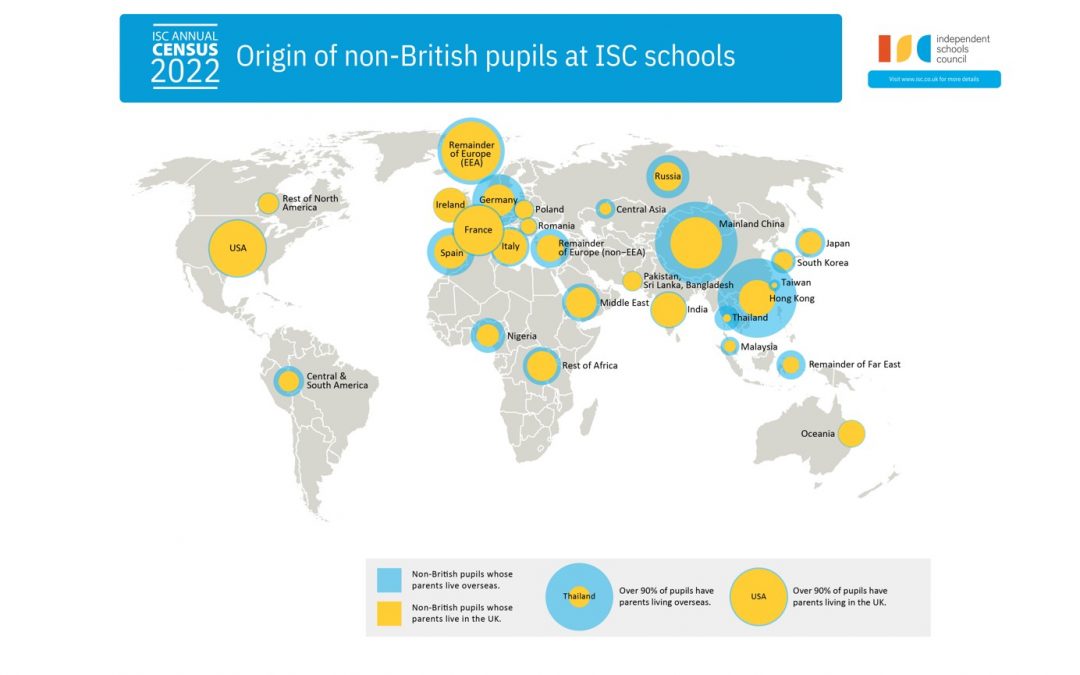 The number of international students at UK independent schools has increased in the current year, according to the annual census conducted by the Independent Schools Council (ISC), with strong growth from Europe and Hong Kong compensating for continued losses from China.

The ISC Annual Census 2022, which provides a snapshot of school populations each January, shows that there were 25,079 international students with parents overseas enrolled, a 1.6 per cent increase compared with the previous year although still below the pre-pandemic 2019 figure of more than 29,000 in 2020.

With Chinese students still unable or reluctant to travel due to Covid-19 restrictions, Hong Kong was the top source market for ISC schools in the 2022 census – for the first time since 2014.

There were 5,845 students from Hong Kong enrolled at schools as of January 2022, a 6.9 per cent increase compared with the previous year. China, meanwhile, provided 4,882 students – a 19 per cent decrease.

Praising the resilience of the sector and the willingness of students to travel during the pandemic, Barnaby Lenon, Chair of ISC, said in the foreword to the report, “International pupils bring a global perspective to our schools, enrich the community, and are a vital pipeline to British universities.”

The ISC Census shows that there were 656 schools registered as student visa sponsors, down from 685 in the previous year’s survey.

ISC provides data on non-British students whose parents live in the UK, and there were 31,029 enrolled in the latest census, an increase compared with 29,562 in the previous year. The authors said that there was a three-fold increase in students from Hong Kong with parents living in the UK in the last year to 1,538, reflecting the UK government’s visa offer to British Nationals (Overseas) from Hong Kong.

The census also tracks the overseas campus operations of UK ISC schools, and said that there were 93 such campuses in 2022, currently educating a total of 59,739 pupils. This compares with 81 campuses in 2021 teaching 52,975 students. ISC said that the overseas campuses of members was only a small part of the landscape of UK-oriented schools globally, and of which it estimates that there are more than 6,000.

In StudyTravel Magazine’s recent Global Agency Survey on 2021 business trends, there was a 41 per cent increase in secondary business in total for participating agencies, and the UK was the most popular destination for secondary students, commanding 35 per cent market share.

The findings of the ISC Annual Census 2022 also echo some of the results of StudyTravel Magazine’s annual survey of UK secondary schools, which also gauges course types, average fees and recruitment methods.

Almost four in five (79 per cent) of international students in 2020/21 were recruited via agencies in the StudyTravel Magazine research.