Canada occupies the northern half of the North American continent and it is the second largest country after Russia. It currently has an approximate population of 34.5 million inhabitants, in which 80% is concentrated in cities and towns. Canada is considered by the UN as one of the 10 best nations to live. It is a country with a quality of life and one of the safest country on the planet. Its educational system has an excellent reputation that is based on quality and its excellence is recognized throughout the world. Canadian titles are valid everywhere. International educators often consider Canada to make collaborative research and development partnerships. Without any doubt, it has an educational system of the most prestigious in which international students benefit from an educational approach centered on the student. Nor can we forget its impressive natural surroundings. It is undoubtedly an ideal destination for the realization of a School Year, where the student will be integrated into the Canadian culture and live a very enriching experience.

In Canada French and English are spoken and the student can enjoy a complete linguistic immersion in either of the two languages.

Academic program aimed at students from 14 years of age and older who want to study from 3rd of secondary education onwards (Grade 9 – Grade 12). A stimulating academic program, numerous sports options such as skiing, soccer, volleyball, basketball, swimming, hockey, art and music classes … all in enviable facilities and in privileged locations, with rural and urban offerings available, students can enjoy the best of the outdoors and exciting community life. 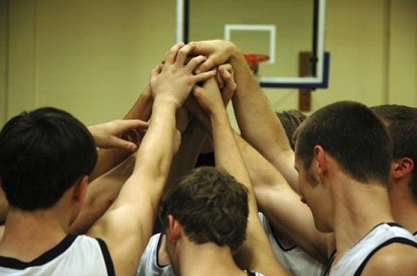 The schools TU HIJO AL EXTRANJERO works with are all of great international prestige, either public funded or private schools and academies, and are the best options to get well prepared to higher education or university. The education and health system of Canada always occupy the highest positions in world statistics. Our partner schools are characterized by maintaining a low kin of students per classroom, a ratio of 7 students / teacher, constant preparation of teachers and, in short, a personalized dedication of the student. In each school TU HIJO AL EXTRANJERO has direct contact with a member of the staff always available for the overseas student.

Schools usually offer ESL classes (language support course), advanced courses, international Baccalaureate and many other types of courses that parents will find interesting on a personal and academic level for their child

If the student’s family choose a residential academic program for his child, he/she will join a boarding school where the student will reside with Canadian students as well as students from other parts of the world. Boarding schools in Canada are all private schools.

Canadian boarding schools generally enjoy a lot of prestige. They accept students between 14/15 – 18 years old and can be mixed or not. They usually have magnificent sports facilities, as well as art, science, music or other subjects. In many cases they also practice skiing and ice hockey.

Although Canadian boarding schools tend to be a popular destination for Spanish speakers, TUHIJOALEXTRANJERO can assure them that the school they work with takes care that there are a small number of students of the same nationality.

Life in a Canadian High School will be as it appears in many movies: lockers in the corridors, changes of class according to the subject that you play, group work, discussion classes, and above all, a whole life around the extra-academic activities and sports in which the student will participate as a member of a team or as a spectator who will encourage the school team in each competition. Attendance to class, the commitment of the student, his attitude, the presentation of the works is essential; that will differentiate a student who gets high grades to one who can be expelled from school. The student will see that the system is much more motivating than in his country … and should take advantage of it!

If the student decides to apply for a homestay program, he/she will be able to join a public/district funded school with much lower rates.

School sports are popular in Canada, although most take place outside school hours (extracurricular). Team sports have a high profile at high school and being ‘on the school team’ is more important to many students than being top of the class. However, if a student’s grades don’t reach the required level he’s likely to be barred from taking part in team sports until his grades improve (and he’s constantly monitored). High school sport is central to school activities and the ceremony that goes with college sport is also found at high-school level.

In addition to sports, many other school-sponsored activities take place outside school hours, including science and nature clubs, musical organisations (e.g. band and choir), art and drama groups, and language clubs. Most high schools have a student-run newspaper and a photographic darkroom is also usually available. Colleges and universities place considerable weight on the achievements of students in high school extracurricular activities, as do Canadian employers. High schools are also important social centres and participation in school-organised social events, such as school dances and the first hockey game of the season, is widespread.

The Canadian education system has both British and American influence. The school calendar and the type of academic system is similar to the American one, except in the Quebec region

There isn’t a federal government controlled or funded state school system in Canada. State-funded provincial schools are called public or separate schools (which are Roman Catholic public schools). Public schools are the responsibility of individual provincial departments of education and funded mainly from local and provincial taxes, with some federal funds.

All school districts/boards across Canada offer educational programs from Kindergarten through to Grade 12 (5-18 years). However, which programs are offered to international students will vary. School structures and grade groupings also vary throughout the country. Most children start school before the age of six, when compulsory schooling usually begins, either in a nursery school or a kindergarten. The maximum 13 years of formal elementary and secondary education covers education from the ages of 5 to 18, divided into increments called grades (kindergarten and grades 1 to 12). Children usually start in kindergarten at the age of five and advance one grade per year until reaching grade 12 at age 18.

If you are thinking of one of our programs in Canada, please contact TU HIJO AL EXTRANJERO so that we can guide you on the boarding schools or day schools and local families that best suit what you are looking for and the final price of each option.