Characteristics of the educational system in Canada:

The Canadian education system has both British and American influence. The school calendar and the type of academic system is similar to the American one, except in the Quebec region. In Quebec, the academic system requires all students to pass an official exam known as the Quebec High School Leaving Certificate that takes place in course 11. This fact makes it difficult for a foreign student to study in that region. Canadian legislation is quite open with immigrants, which makes them feel comfortable in the country and some even stay there to live in the future.

In Ontario, to pass secondary education students must pass the “Ontario Secondary School Literacy Requirement” and participate in 40 hours of activities organized by the educational community. In the other regions, students must complete a minimum number of credits for this stage.

Uniform: in Canada usually only in some private schools the use of uniform is required.

There isn’t a federal government controlled or funded state school system in Canada. State-funded provincial schools are called public or separate schools (which are Roman Catholic public schools). Public schools are the responsibility of individual provincial departments of education and funded mainly from local and provincial taxes, with some federal funds. Practices and policies regarding education (public and private) vary depending on the province. The quality of public schools varies considerably from province to province and community to community, and although some are poor, most are excellent.

All school districts/boards across Canada offer educational programs from Kindergarten through to Grade 12 (5-18 years). However, which programs are offered to international students will vary. School structures and grade groupings also vary throughout the country. Most children start school before the age of six, when compulsory schooling usually begins, either in a nursery school or a kindergarten. The maximum 13 years of formal elementary and secondary education covers education from the ages of 5 to 18, divided into increments called grades (kindergarten and grades 1 to 12). Children usually start in kindergarten at the age of five and advance one grade per year until reaching grade 12 at age 18. 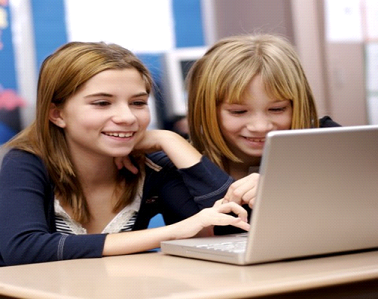 The school year begins the first week of September and ends at the end of June and is divided into periods or quarters (terms/semesters).

School schedules in Canadian schools are similar to the rest of Anglo-Saxon and Western countries. Classes begin at 8.00 or 9.00 and finish around 3.30 in the afternoon, although some do it a little earlier.

Afternoons are usually spent on extracurricular activities. The rhythms of school life are usually quite similar to English Americans because it is of the same British culture. They take a lunch called “packed lunch” in 30 minutes in the playground, classroom or gym.

During the classes usually have one or two short breaks or “recesses” that last between 15-20 minutes.

Canada also has what it calls ‘semestered high schools’, where instead of the standard eight subjects being taught throughout the year, four subjects are taught each term, with one long lesson (usually 70 minutes) on each subject each day. This system is thought to give a better understanding of each subject and to be more suitable for pupils who find it difficult to cope with eight subjects each week.

School vacations are very similar with respect to the Spanish school calendar.

French and ‘foreign’ languages, which used to be taught only at high schools, are now introduced during the last few years of elementary school in some areas and, if parents wish, their child can enter an ‘early French immersion programme’ at kindergarten or grade 1 level.

Secondary schools may specialise in academic or vocational streams or the arts; all include some kind of ‘streaming’ system that’s designed to prepare students for a vocational or community college or university. Mandatory or ‘core’ curriculum subjects must be studied for a prescribed number of years or terms, as decided by each province. These generally include English (French), maths, general science, health, sport (physical education) and social studies or social sciences (which may include Canadian history and government, geography, world history and social problems). In addition to mandatory subjects, students choose optional subjects (electives) that will benefit them in the future.

Electives usually comprise around half of a student’s work in grades 9 to 12. Around the ninth grade, students receive career guidance counselling as they begin to plan their careers and select subjects that will be useful in their chosen fields. Counselling continues throughout the senior high school years and into college. Larger schools may offer a selection of elective courses aimed at three or more levels: academic, vocational and general. Students planning to go on to college or university elect courses with an emphasis on academic sciences (biology, chemistry, physics), higher mathematics (algebra, geometry, trigonometry and calculus), advanced English or French literature, composition, social sciences or foreign languages.

When a student enrols in a public school, a ‘record file’ is opened for him (which follows him throughout his school years) and there’s a continuous evaluation system throughout all grades. Students are marked on each essay (paper), exam and course taken in each subject studied throughout their 13 years of education (grades K to 12). The following grading system is used in high schools throughout Canada:

To pass a subject it is necessary to obtain at least one C (minimum of 70 points out of 100).

Marks depend on a range of criteria, including a student’s performance in tests given at intervals during the year, participation in class discussions, completion of homework assignments, and independent projects. Students receive a report card at least twice per year (in some districts it may be up to six times per year), which shows their grades in each subject they’re studying.

High school students take the General Educational Development (GED) Diploma before completing high school, which is the recognised entrance qualification for admission to a Canadian university (mature students aged 25 or over can take GED ‘equivalency exams’ if they haven’t passed the GED).